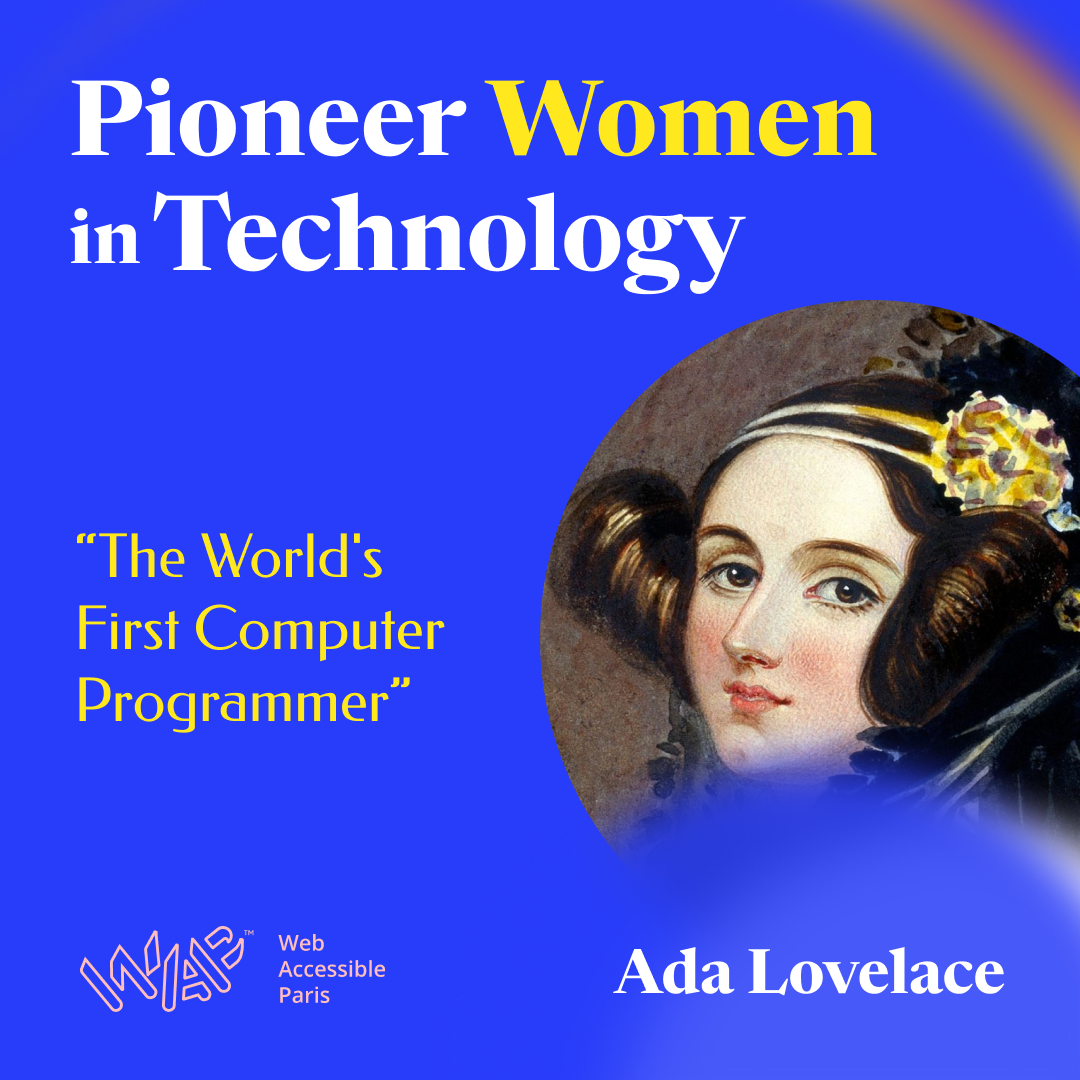 Despite historic and significant collaborations in computer science, women still struggle to achieve parity and equality in the IT workforce.

Representation is important, that’s why we wanted to make visible some women who showed part of the path of technology that largely determines our day-by-day.

Ada Lovelace was born in 1815. She was a woman of great intelligence and talent, her mother promoted Ada’s interest in mathematics and logic.

At the age of 20, she married William King. In 1838, King was made Earl of Lovelace and Ada became the Countess of Lovelace. Her brilliant intellect and social life brought her into contact with scientists such as Andrew Cross, Charles Babbage, Charles Weston, Sir David Brewster, and Michael Faraday contacts who she used to further her education.

She worked closely with her friend, Charles Babbage. She was particularly interested in Babbage’s work on the Analytical Engine. Between 1842 and 1843, Ada translated an article from an Italian engineer on Babbage’s calculating machine, supplementing it with an elaborate set of her notes. These notes contain what many consider to be the first computer program - an algorithm designed to be executed by a machine. Her notes were published in the scientific magazine Taylor’s Scientific Memoirs, London, vol. III, 1843, pp. 666–731 under the Acronyme of A.A.L due to the controversy of that time.

Ada died of cancer at the age of 36. Lovelace’s notes were important in the history of computers. She developed a vision of the capability of computers to go beyond mere calculation, while many others, focused only on those capabilities.

In 1979 the United States Department of Defense honored ADA by naming a computer language after her, “ADA”.

Get your website easy to use and accessible for your users.